Yessica has a degree in Local Environmental Management from the San Carlos University of Guatemala and studied Regional Development at the Latin American Faculty of Social Sciences FLACSO. For several years she worked as a Spanish teacher and as a travel agent; but in the last seven years he has worked with development and human rights organizations in Guatemala. 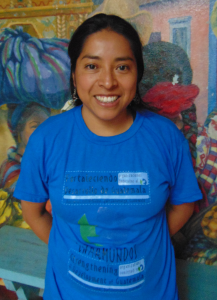 Lourdes possesses Pensum closed in the Engineering Course in Local Environmental Management of the Centro Universitario de Occidente. She has experience in working in communities and in the Municipality of Totonicapán in the topics of community forestry, forest management and conservation. In 2018, she participated in the preparation of environmental consultancies for an organization in Guatemala. 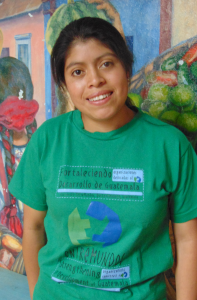 Diana is a social worker, graduated from the University of San Carlos of Guatemala. She also studied Social Work and Leadership in Community Collaboration in the Monterey Bay State University in California, United States. Diana began working as editor of the EntreMundos magazine in 2017.  She is currently the coordinator in a project of communication for an international organization of Indigenous Peoples Rights. 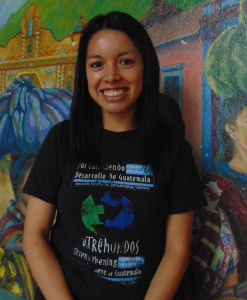 Aldy is graduated as accountant at the University San Carlos de Guatemala. Aldy has worked as an accountant for EntreMundos since 2010. She also supports other non-profit organizations (such as Sociedad el Adelanto, Abriendo Caminos, Semilla Nueva and CODISRA) as well as individuals and small contributors. Maria is a social worker, graduated from the University of San Carlos de Guatemala. She taught literature and languages to young people and adults at IGER. She has also supported and worked on two different projects in the area of health and nutrition. Since 2017 she is supporting EntreMundos with advertising and writing some articles in the Magazine. Rosa was born in Finca La Suiza in El Palmar, Quetzaltenango. Now she lives in La Esperanza, Quetzaltenango. She started working at EntreMundos 18 years ago. Rosa takes care of the good maintenance of the house and the offices. 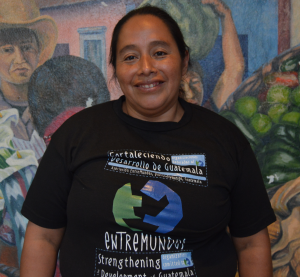